September has always been an odd month for fishing in Kona. Typically, the summer marlin bite is still on but tourism takes a dive so with few boats out, there’s not much fishing effort. The “fishing effort” always plays a role in the total fish catch, that’s just simple math. The tourism numbers were down a little all summer long but the summer marlin numbers fared even worse. If you’re a regular reader of mine, you know that the currents play the biggest role in the marlin bite here and in July and August; the current just couldn’t make up its mind what it wanted to do. This month the current cooperated and the marlin bite got good! There were several big marlin caught this month and even one released that might have hit the 1000 lb. mark. Another captain told me that he had one on that was well over the 1000 lb. mark but it threw the hook. Several 500+ “beast” status marlins were caught this month also. And that’s all with little fishing effort. There were plenty of smaller (good for the smoker size) marlin to be had this month also. Some spearfish were caught too even though this is the slowest season for them.

The otaru tuna (chunk light tuna) have been fairly abundant this month with schools popping up all over the place both on the ledges and offshore. The ahi tuna and shibi (the smaller ahi) bite has been picking up both on the ledges and on VV buoy. Now we just got an even bigger FAD to fish. Kampachi Farms did an experiment several years ago and raised a batch of almaco jacks out in front of Kona town a little over 3 miles from shore. It provided us with a good FAD and when the experiment was done, they removed the boat and fish cage but left the buoy. It has since served as a fishing FAD for us but like most of the regular FAD’s, sometimes hot and sometimes not. Kampachi Farms has decided to raise fish there again but this time they put out a big raft with a trucking container on top. It’s a BIG FAD and started holding fish right away. The container holds the fish food and feeds the fish by remote. It’s not in full operation yet but this can only be a good thing for our fishery. It has been dubbed “The Thousand Fathom Porta Potty” just because of the way it looks out there but most are calling it PP buoy for short.

For most of the month we’ve had small craft advisories. Looking out at the ocean from land and you would wonder why? It looks gorgeous out there and in fact it’s been flat in front of town and to the South but going up North to “The Grounds” has been a different story. Tall steep swells with no white caps aren’t very noticeable from shore but when you encounter them with a boat; it’s a real rough ride. Those swells kept me out of the bottom fishing grounds for most of the month but just recently it laid down and I was able to fish it. The bite was pretty good. Then the swells came back. I tried to get up there to fish it anyway but the pounding was just too much. I’ve been fishing here for decades and I can’t remember the big swells ever happening for this long. I’m sure the surfers are loving it.

See ‘ya on the water soon ,
Capt. Jeff Rogers ,
http://FISHinKONA.com 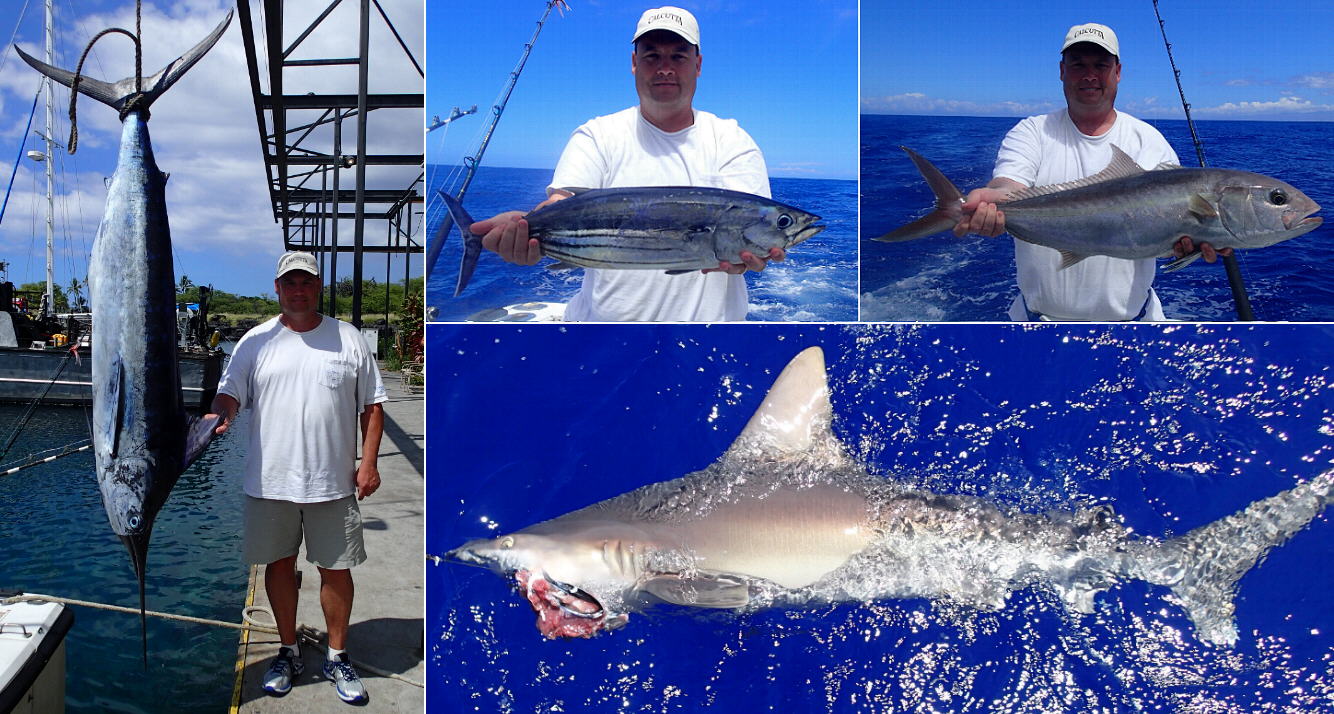