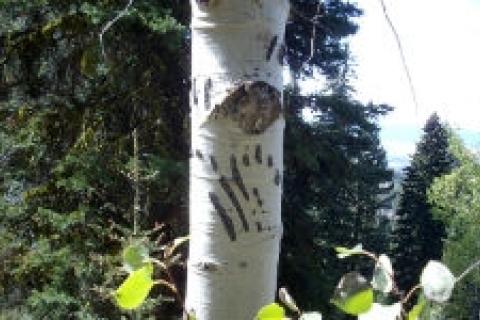 I love bear hunting. I used to take a lot of kids and Ed Sweet, the host of Kid Outdoors, would film them. Then I'd go write articles on the hunts. On a normal bear season we'd take kids after school and sometimes hunt every other night until 1 a.m. and then get up at 4:30 a.m. to go to work. By the end of season, I'd be fried.

I think I started teaching the first Bear Hunting Seminars in Idaho 12 years ago. One of the reasons that I teach bear hunting seminars is that it took me so long to figure it out. When I first started hunting it was like hunting unicorns — I wasn't real sure they existed. But if you learn to bait right, you may see up to six bears an afternoon. That's when it gets fun.

But how do you know where to hunt or start baiting for bear? First you'll need to learn to scout properly.

One thing that helps is that bears eat high fiber diets. That means that they *** a lot, which means there'll be a lot of sign if they're around. But first you need to know what they eat in your locale so you can look for that vegetation. For instance in Idaho, where I live, when they first come out of hibernation their stomachs are queasy after fasting for five months — they're going to hit the green grass.

I don't know what it is called but it looks like the thick bladed grass where I hunt. I've seen them ripping into it like a wolf eating a steak. I also notice them feeding on the white top and yellow top flowers following the snow line.

So if I'm spotting/stalking I'll go up high, right below snow line and glass the open grassy mountain slopes for them. If you're in a good spot you may see three to five bears in an afternoon. Get up high and use some good glass to look for them.

They'll come out right before dark to feed. Or, earlier in the day you can hike around these spots and look for sign. Again, they eat high fiber diets so they'll leave a lot of sign. Early spring it will be jet black and like a huge dog. When they get to eating berries it will be more in a pile or if you're in salmon areas it may a lighter brownish color and "squishy".

In June start checking the huckleberries down low and as you get up higher I find them ripening on into August. Then of course in the early fall check the alder berries, raspberries and all other berries. Berries are a big part of their diet later in the summer.

Now just because you find a berry patch don't think you automatically found a gold mine. On a good berry year they can't be at every patch so you'll have to look around to find which ones are getting hit.

Then another golden time is the salmon runs. Just like us, they have favorite fishing spots. It may be a shallow spot were the salmon have to run over a gravel bar or a good hole where fish congregate before moving on. Look for sign and eaten fish.

One year up in southeast Alaska we watched a juvenile bear trying to catch them as they were going over a gravel bar. Finally he got frustrated, ran out and did a belly flop on them. It was hilarious.

Another year up by Juneau a sow and cubs ran me out of my hole. I'm not an expert on grizzlies but seems they somewhat like some of our fishing holes.

So remember: Right after hibernation they'll be eating a lot of the new, tender grass. In the fall they'll go on a feeding frenzy in preparation for hibernation; you may see them out feeding anytime of the day. So if you find a berry patch or a salmon hole with a lot of sign, you've found your spot. Keep a low profile and slap together a game plan. Happy Hunting.