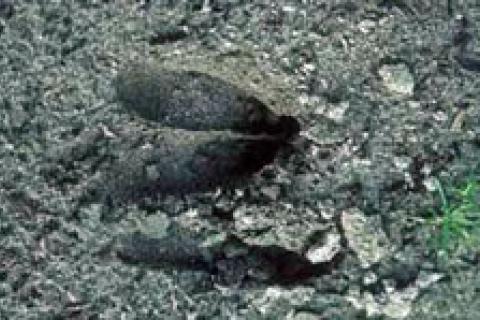 Yes, it happens every year. A few lucky deer hunters stumble out on opening day without any preparation, find a stump to sit on or a tree to lean back against and wind up shooting a trophy whitetail. But with today's wary bucks and heavy hunting pressure, a careless approach like this rarely leads to such a fairy-tale ending.

The fact is the "luckiest" hunters are usually the ones who spend the most time in the woods and fields scouting for sign, learning deer movement patterns and becoming intimately familiar with the quarry's habitat. You can learn what travel lanes most deer are using and which ones more secretive, elusive older bucks are taking. You can find funnels that constrict their travel. You can pinpoint where they feed, sleep and breed. All of this will eventually reveal patterns of movement that will allow you to pinpoint prime stand locations and the best approach routes to use entering those stands so you don't spook the quarry before the hunt even starts.

You'll learn what areas are thick and offer secondary foods and which are sparse, open and unlikely to hold a wary old buck. You'll pinpoint dense conifer stands that might attract them in cold weather and water sources they'll use when it's hot and they need to quench their thirst. And you'll learn how topography features channel their movements.

Scouting for deer has another important function, though. It brings your mind and senses back into tune with nature's slow, relaxed pace. Our senses are revived and recharged and our perception of subtle movements and faint sounds comes back as we get away from the over-stimulated environment most of us live in and re-enter the world of nature.

As you begin your scouting, remember that it's basically at two-part process. The first step is to learn the lay of the land and search for sign through a combination of footwork and studying topo maps, aerial photographs and GPS units. The second part is analyzing what you've uncovered and using it to pattern the animals' movements and choose the best ambush locations for a stand.

So grab a topo map, aerial photograph, pen, notebook, compass and perhaps a GPS unit and start taking some of the most productive "hunts" of the year over the next few weeks.

This is the prime time to find deer bedding areas, travel lanes, feed areas and important topography features that influence where you should place your stands.

And while much of your scouting will be done in woods and thick cover, also allot some evening time to watching feeding fields from a distance with good optics. This will let you analyze bucks' antlers and pinpoint which sections of cover or staging areas they are entering the field from.

Write down notes about what you find or record information in your GPS unit or on a topo or aerial photograph. Pinpoint things such as major trails, bedding areas, heavily-used water sources, rubs, scrapes, staging areas, clusters of evergreens that offer thermal protection and places where you spot mature bucks. Often the significance of these findings won't be apparent right off the bat, but as you look at them and study your notes back at home, patterns will start to appear.

You may suddenly see a prime stand spot you never thought of trying before. You may discover from the sign that it would be better to move a blind you have 200 yards over the next ridge where a funnel constricts deer movement through a narrow topography corridor.

The more information you find on these scouting trips, the better you'll learn your hunting territory and the movement patterns of the resident whitetails.

Always keep the big picture in mind as you scout. Some feed areas will be fairly obvious – a soybean, corn, wheat or alfalfa field, for instance. Stands of mast-bearing oaks are also prime feeding spots, especially in early fall.

But also look for less obvious foods. Search for grapevines, wild apple, pear, honey locust, sumac, persimmon or crabapple trees. Try to find patches of honeysuckle, greenbrier thickets and fallow fields overgrown with forbs. All of these are prime areas that deer often browse in as they move to larger, more obvious evening feed areas.

Besides major trails, though, look for lighter, more thinly-outlined paths in denser cover 30-75 yards to the side of the main runways. That's often where larger bucks travel – near the main trails does use, parallel to them, but in heavier cover. If there are rubs or scrapes nearby, you've found a prime ambush spot.

Don't overlook escape cover, either. This is often located half a mile or more from the nearest vehicle access. It's typically in steep terrain, dense vegetation or an overgrown marshy area. Pinpoint on the topographic map where major parking areas or wide pull-off spots along the road are, then look for the routes bucks will likely take to reach these escape sanctuaries on opening day and weekends when hunting pressure is heaviest.

Pay special attention to buck rubs. You may find old dried ones from last year or freshly blazed ones in late summer and early fall. These are places where bucks have scraped the bark off trees with their antlers to mark their territory and announce their presence to other deer. A line of rubs can indicate a travel route a buck sometimes uses or a place where he hangs out with does during the rut.

Mark each rub on the topo and then walk ahead searching for the next one until you pattern his travels. Find key ambush spots along that route, preferably where the topography or vegetation channel his movement through a narrow area. Hang your stand there.

Also look for scrapes – cleared oval areas on the ground where a buck pawed away the leaves. Try to find ones with a small branch 4 to 6 feet overhead that the deer chewed and left scent on with its forehead and saliva.

These are signposts bucks leave to give information about themselves to other bucks and does and to hook up with females as mating season approaches. Search for them on logging roads, natural clearings in forests, creek bottoms, knolls, benches, field edges and staging areas. The earliest scrapes are almost always made by the oldest, biggest bucks.

Bedding areas are another important type of sign you should look for. Seek out buck bedding spots in thick, steep or rough cover. Does and fawns will bed in more open cover and closer to feed areas – part way up a slope, for instance, instead of all the way up near the ridge top.

Mark these on your map, GPS or aerial photograph and hunt along routes deer use traveling from these daytime hangouts towards afternoon feed areas. Don't hunt too close to the bedding area, though, or you may spook the deer out of the area. And be sure you're not confusing daytime beds with night beds. Those are made in clearings, fields and open areas where deer rest for a while during night feeding expeditions.

One of the most important habitat features you can find on your scouting trips is a funnel. This is simply a place where a deer's movement is constricted through a narrow passage.

If you can find spots like this, it obviously increases your odds for success. Some of these you can actually discover simply by studying topographic maps or aerial photographs. Others you need to get out on foot and find by hiking.

Examples of funnels include thin strips of brushy cover connecting large blocks of timber, saddles or dips in a ridge that are used by bucks traveling from one side to the other, a shallow spot where deer can cross an otherwise deep stretch of river or an uncut strip of timber joining two clear cut areas. Even a broken down strand of wire on an agricultural fence can funnel deer movement by providing a lower, easier crossing point.

Edges are also important to note as you scout. Look for areas where a swamp joins dry ground, a stand of conifers edges up against a deciduous forest, a clear cut meets mature woods or a strip of brush joins an agricultural field. After you locate such an edge, look for fresh tracks or rubs to confirm that deer are using that area.

A type of edge few people know about it the buck-doe territory edge. During summer and early fall, bucks and does are often segregated and the edge between the rough remote buck areas and gentler, softer doe areas is a hot spot as nights cool and the pre-rut approaches. When that happens, bucks begin cruising this edge looking for early-estrous females.

An old home site is another thing I always keep an eye out for on scouting excursions. Old bucks in particular love to hang out around these structures where there may be some clover left over where the yard used to be or perhaps some privet hedge or other ornamental bushes. All are prime food sources, and bucks seem to like the structure these areas offer.

Look for Patterns Made by Deer

As you search for these bits of sign and important topography and vegetation features, patterns will start to emerge. This is step two of the scouting process. You'll gradually begin to decipher the daily movements of the deer, and the core home ranges they use in your hunting area will stand out. This will allow you to eliminate large areas from consideration as you decide where to focus your efforts.

After these important insights start to reveal themselves, deciding on the best stand locations becomes easy. You may need to hunt totally new areas, or perhaps just shift a stand 100 yards in another direction.

Don't settle on just one prime location, however. Your scouting efforts should reveal several potential stand or blind sites that you can use. This will let you rest some between hunting sessions and also select the best spot for a given day based on wind direction, hunting pressure, stage of the rut and other factors.

As a final scouting step, set out game cameras also known as trail cameras to confirm the movement patterns you've discovered. This will also give you insight into the age and antlers of bucks in the area. Check and re-set these cameras mostly during midday, so you won't disturb the quarry, and wear rubber boots and avoid touching brush and vegetation as much as possible so you don't leave your scent.

Once you've deciphered the deer movement patterns and confirmed it with trail cameras, set up treestands and clear shooting lanes as necessary. Also clear paths to reach the stands if you have to walk through thick or noisy brush.

Now, at last, you're scouting and stand placement is finished. It's time to sit back, unwind and wait for the opener. You've done everything possible from your end to ensure success. Now you just need a little bit of help from Lady Luck.

Tagged under
How To Guide
Deer Hunting
Scouting
Read 5,249 times

Gerald Almy has been a full-time outdoor writer for over 35 years, with articles published in over 200 publications. He has written hunting and fishing columns for many newspapers both in Virginia and Texas, as well as the Washington Post. He has written two books on fishing and contributed chapters to a number of hunting books. He has won many awards for his writing. In 2008, a feature he developed for Field & Stream and wrote for five years called “Best Days of the Rut,” was nominated for…
END_OF_DOCUMENT_TOKEN_TO_BE_REPLACED