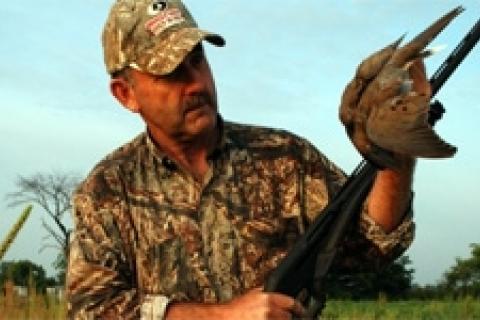 Hundreds of thousands of wingshooters across the country are anxiously looking forward to the first hunting season of the year, namely dove season. However, some hunters do not properly prepare themselves for that light-hearted, action packed event called the dove shoot.

The Most Important Aspect of Dove Shooting

Shooters will argue incessantly about the most important aspect of dove shooting. Some swear by shooting style, some taut the advantages of a better shotgun, while others argue that dove shooting is an art. They are all right, given the correct set of circumstances. However, over-confidence in one's shooting ability is often a major culprit in poor shooting performances on opening day.

I have heard it dozens of times: "I shot like an expert last season, but can't hit the side of a barn this year." A lot can happen in the long spans of time between the last hunt of the year and opening day of the next year. "Shoot it or loose it," is a quote to remember if you want to be a sharp shooter on opening day of dove season.

Practice Shooting Throughout the Year

Shooting practice is fun and can be enjoyed throughout the year. Not only does it provide for entertainment, but practice keeps the arm and the eye coordinated. It is easy to slip into bad shooting practices. Mounting the shotgun properly is the only way to get the proper sight picture. Get sloppy with the mount and performance suffers exponentially. Spending time in front of the mirror while practicing your gun mount will serve to keep your shooting skills in tact. Better yet, have your wife or a partner observe your gun mount and offer suggestions for improvement.

Nothing can replace the time you spend firing your shotgun on the skeet or trap range. Sporting clays ranges are even better, as they emulate shooting scenarios in the field. Be sure to practice shooting targets flying at every conceivable angle. That is what you will experience in the dove field. Using the same loads during practice sessions you intend to use during dove season will improve your accuracy. Target and dove loads may fly at different speeds and becoming very familiar with your hunting loads will bring more consistent kills.

Winchester's Texas Heavy Dove and Quail Load Shotshells have become a rave among dove hunters. They feature a heavier shot load, while maintaining velocities of 1250 FPS and ample knockdown power. These loads give extra performance without breaking the bank. Remember, practice with them will bring "dove hunting made easier" to your dove field.

Tagged under
Dove
Hunting Tip
How To Guide
Read 4,960 times