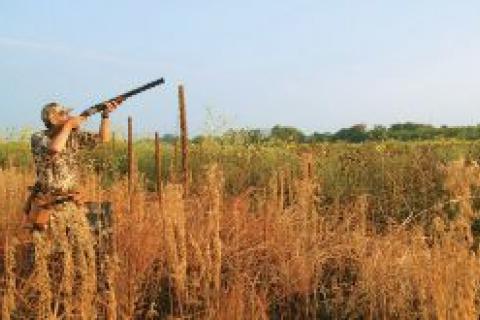 Although it might be a bit backward to make your first dove hunting trip a high-volume shoot in Argentina, there’s no question that this trial-by-fire provided me with a wealth of experience that might have otherwise taken years to acquire.

Here’s a few lessons I learned that could save you some shells this season: 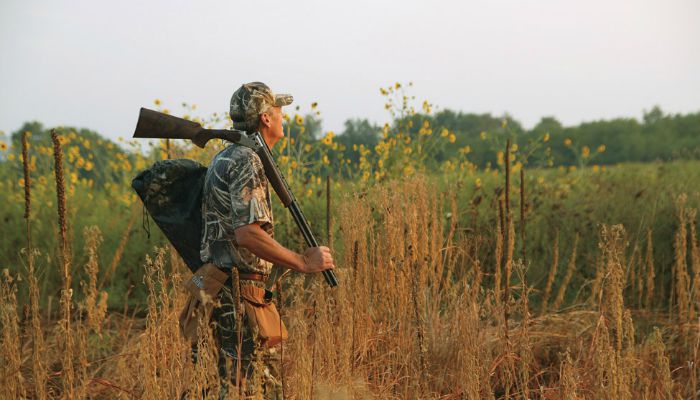 Adjust Your Lead Until They Drop

Although I’d never hunted doves before, I was aware of how difficult these speedy little birds can be to hit. For years I’d read about how hunters might expend 3-5 shotshells for each dove bagged, and this stuck with me.

With my first several (and then some) shots, I was actually leading them too much. This is unusual, as most misses are generally behind the bird. At first, I believed that I too was shooting behind, so I increased my leads. Obviously this didn’t help.

When the other shooter in my blind started to connect with regularity, I had to see what he was doing. I crouched down behind him and stared over his shoulder and down his shotgun barrel as he shot. To my amazement, he was giving the birds only about 18-24 inches of lead.

Each shot will be different depending upon flight angle, speed, and range, but the lesson is to not keep doing the same thing and expecting different results. These birds may not need as much lead as you think, so if lengthening your lead isn’t working, try shortening it. If you’re still missing, ask a friend who’s doing better to try to quantify the necessary lead, or request to look over their shoulder as they shoot a passing bird.

The follow through, or lack thereof, is another factor that causes a lot of misses. If you stop your swing as soon as you slap the trigger, perhaps to take aim at a second bird, you’ll greatly shorten the lead and usually miss.

It’s imperative to continue a nice smooth swing, at the same speed as the bird, until after the bird has either crumpled or continued on. If you fold it cleanly, there will often be time for a shot at another bird.

Although there are different shooting techniques that can be used for doves, the most popular is the sustained lead. This simply involves establishing and then maintaining what you think is the proper lead, pulling the trigger, and then following-through by maintaining the lead after the shot.

Pick a Bird, Any Bird

As tempting as it can be, especially in a situation where a large flock of birds is in range, shooting at the flock as a whole will invariably just result in misses. No matter how many birds are above, there’s still a lot more empty air up there than feathers. Instead, pick out a single bird as your target. Doing so will result in far more accidental doubles than flock shooting.

When there are few birds around, you may have to take all shots as they come, including the most difficult ones, or ones that are giving you trouble. Whether it’s a high crosser, a low head-on, or something in between, we all have our weaknesses, and they can vary by the day.

When there are lots of birds in the area, however, you may have the luxury of choosing just those tough shots, in order to finally get the hang of them. But if they continue to frustrate you, don’t dwell on these misses, and instead focus on the shots that you’re more comfortable with. After all, birds in the hand are the goal, and you can work on your shooting at the skeet range.

My mixed-bag wing shooting trip was arranged by the Outdoor Vibe. To call it extraordinary would be an understatement. If you’re an avid wingshooter, you owe it to yourself to sample what Argentina has to offer.

Tagged under
Dove
Hunting Tip
How To Guide
Read 9,078 times

The Camping Bucket List: 7 Destinations Every Adventurer Should Visit

5 Things to Do Before Dove Season Opening Day