Planting Isn't the Only Way to Attract Doves 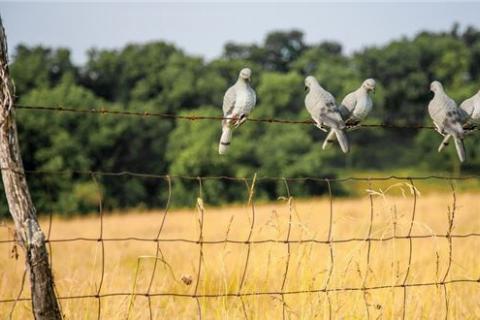 Mourning doves are, without question, the most popular game birds in the United States, and perhaps in the entire world. And more and more, dove hunters and landowners are looking for ways to attract them to their property. For hunters, more doves equal more shooting opportunities. Landowners often use dove management practices to enhance hunting opportunities for family, friends and paying guests. 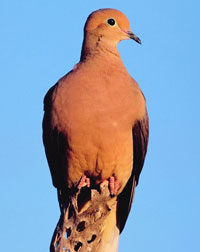 Planting and properly harvesting choice foods, such as sunflowers and wheat, is perhaps the most common method for attracts mourning doves. A good, well-rounded management program includes more than food-crop manipulation, however. For maximum dove numbers, enthusiasts should consider other habitat enhancements as well, including the following four management projects.

Tip: How to Use Structure for Dove Hunting

Doves often nest six times per season in southern climates, with two or three attempts in northern states. Unfortunately, many nesting attempts fail because doves spend little time constructing the flimsy platforms of sticks that serve as their nests. Eggs and/or nests often fall during thunderstorms or high wind, decreasing the year's production of new birds.

You can increase the number of resident doves using your property by building and placing inexpensive wire nesting cones. Doves readily use these structures, which reduce nest loss significantly.

Such nesting cones are quite simple to make. All you need is some 1/4-inch-mesh, galvanized hardware cloth, a bit of wire and a few tools.

Tip: Dove Hunting Basics: Tips to Get You Started

Results often are dramatic. In a California study, 20 cones were placed. After four years, 37 pairs of doves had nested in that area and 27 pairs used the cones. Use of the area by nesting doves doubled, and no cone nests were lost to the elements. 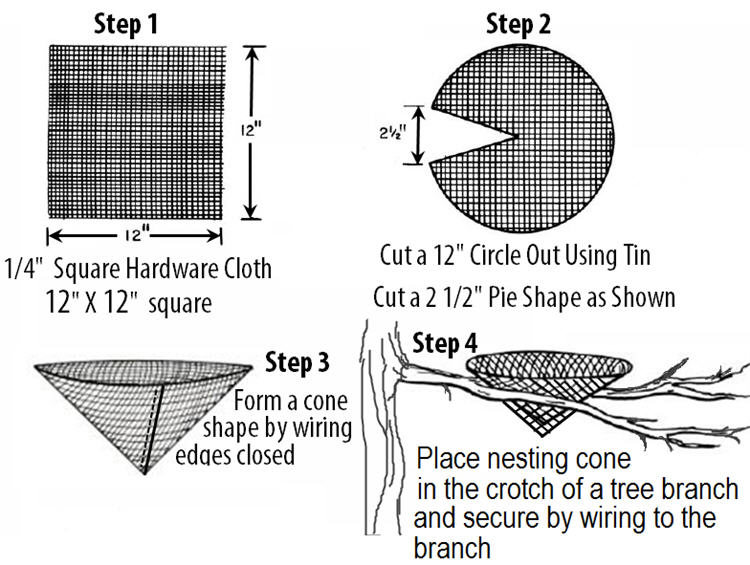 Doves drink in morning and evening, and occasionally at other times throughout the day. They're persnickety, however, about the sites they use and prefer to land on flat, open ground with no nearby vegetation in which predators can hide. Doves will use your watering holes more frequently if you provide these conditions by mowing or disking a 20-foot wide swath along the edges of ponds, streams or other water sources on your property. Rolling the ground to flatten clods and vegetation makes it more attractive.

Doves often drink at new ponds not yet filled and water holes lowered due to drought. In some places, it's a simple matter to create similar conditions by lowering the water level with control structures to expose the pond bottom around the edge.

Doves loaf during mid-afternoon in bare trees or snags and on wires. They fly to perches to preen after feeding and eating. They circle feeding or watering areas and land on a perch to scan for danger before fluttering down. Open perching sites make an area more attractive to doves.

If safety permits, leave dead trees with numerous small branches along field and water edges. Remove surrounding vegetation to increase the attractiveness of each perching site. If such trees are not present, you can create perching sites by stringing electrical wire between poles placed for that purpose. Some managers also erect old television antennas on poles, which also seem to work well.

In areas with good dove populations, you'll often see doves on the ground beside roads at specific times throughout the day. Sometimes these birds drop in to feed on weed seeds or other foods. But if they return to same spot again and again, it's more likely they're visiting to eat grit, a behavior sometimes called "graveling."

Grit, an essential component of the dove's diet, grinds hard foods in the gizzard. Doves readily find grit at sites with sandy or glaciated soils, but less so on clay and loess soils or where vegetation is heavy. In these areas, encourage the presence of doves by mowing gravel road edges or removing vegetation to expose large flat swaths of rocky/sandy soil. If you are especially industrious, you may want to haul in gravel or sand to create sites where none exist.

One of the nicest things about doves is their predictability. If you provide the right habitat enhancements and have a healthy population of doves on or near your property, it's a sure bet the birds will drop in for a visit. If your goal is to have more doves for hunting, the simple management projects discussed above provide a sure means for creating a wingshooting haven. Whether or not you can hit the doves you've attracted ... well, that's an entirely different subject.