What Makes a Good Duck Call? 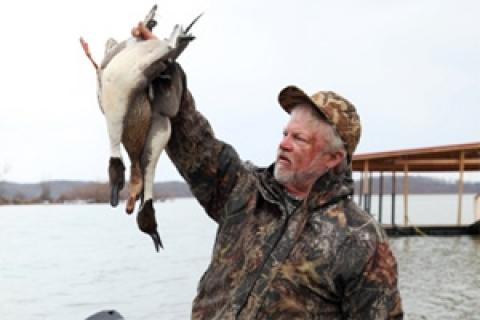 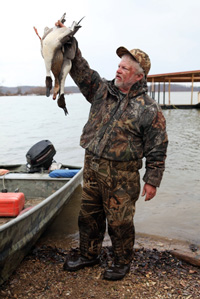 Duck calling is definitely a work of art. I would also submit that it can be an acquired skill. I'm not as seasoned a duck hunter as others, although I love duck hunting and one of my New Year's resolutions is to do more of it starting fall 2014. But my last duck hunt of this season was just this last week on Kentucky Lake in Tennessee with acclaimed outdoor writer, fishing and hunting guide, and duck caller, Steve McCadams, and I learned a few things. Steve's been guiding for 35-plus years, so there's no arguing that this duck guide and hunter knows what he's doing. Despite some very unfavorable duck hunting weather, Steve still got us a few!

But I did have to ask Steve one question: "What makes up a good duck call, and what is the difference from call to call?" Well, as Steve explained, there can be a lot of differences. But I think there are also some less subtle considerations to be made first before we enter into any calling contests.

I love to read product reviews and hear how others describe the sounds they look for in a duck call. Words and phrases, for example, "crisp, raspy, low and loud, easy to use, easy to blow," oddly enough all make sense to me. But, of course, different ducks respond to different kinds of calls. The most well known sound of a "quack emulator," a.k.a. duck call, is that of a mallard drake.

The mallard is perhaps one of the most commonly hunted ducks, certainly along the Atlantic and Mississippi flyways. But pintail, widgeon and green wing teal all have a unique sound, too. What complicates the virtues of one call over another are the different species, of course, but not all calls are "quacked" up to be what they're supposed to be. Pun intended. But reviewing duck calls in general, there are probably some generalizations that could be made for selecting the right duck call for the right set of circumstances.

I was a beginner once, so at that time what did I know? I figured wherever I hunted — a lake, river, pond, wetland, flooded timber or a field — a call was call. Of course, the more time I spent outdoors, particularly hunting for duck, I first began to distinguish habitats and geography and realized a mallard duck call, for example, could sound differently in all the above habitats. What sounds loud and deep-throated in one area could be thwarted in sound by any number of variables in another area.

Weather is a big consideration, too. Wind and rain play a big part in selecting what duck call is best for any given species. Out on a lake, in rain, as well, loud and raspy could be good. Some will also argue for wood, even certain types of wood, over acrylic calls. No problem there, either. I think duck calling is very subjective. Everybody is going to have an opinion. Some very seasoned guides and hunters might even distinguish appropriate times for single reeds over double reed calls. Of course, the tie-breaker on opinions is the bottom line: did you limit out or not?

So while you ponder my question of what makes a good duck call, I submit the answer really boils down to knowing the species that are common to your area or you're hunting, understanding your geography and paying attention to the weather conditions. Which means duck calls made by Haydel, Duck Commander, RedHead, Buck Gardner or Daisy Slayer, and others, all require your attention and testing. What duck hunter has only one duck call, anyway?

So two more thoughts: Don't limit yourself to the number of lanyards you take along with you and listening to recordings of duck calling in the off-season, for example, Buck Gardner Calls Mag Nasty Duck Call Combo, is a great way to fine tune your senses and knowledge of duck calls until next season.

Protect Your Eyes On or Off the Water