Tips for Cleaning Your Shotgun and Rifle 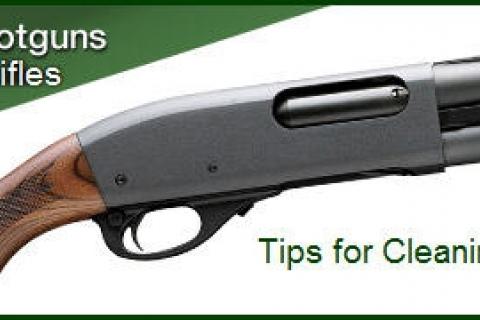 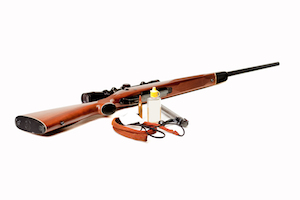 This being winter, it’s pretty safe to say there was some moisture in the air during your last hunt.

A clean gun is essential to the reliability of your firearm and the success of your next hunting outing.  If you don’t clean your gun, you risk having to deal with jamming, failure to fire or even an exploded barrel.

Here’s how to get your gun clean:

Moisture—from the elements and oil from your hands—can combine with residue from ammunition, which can rust the surface of your gun and cake inside the bore.

At a minimum, before storing your gun, dip a patch in gun oil and perform a quick wipe of your shotgun’s metal surfaces. A good rule of thumb: Wherever you see fingerprints, wipe them away. It’s those areas where moisture is most likely to gather and cause rust. Be sure to use gun oil, as other types of oils and lubricants can damage your gun.

Sure, you can get by cleaning your gun on any flat surface, but a gun vise makes the process far easier. A vise such as The Tipton Gun Vise is an affordable model that’s portable, so that you can clean your gun on the go (it works for rifles, as well).

3. Disassemble the gun according to manufacturer’s recommendations.

First, make sure the gun is not loaded and the safety is on. When taking the gun apart, never disassemble it beyond the manufacturer’s recommendation. Some gunsmiths say this is one of the most common reasons that lead gun owners to pay them a visit.

Think of this like cleaning a pipe. To do a basic cleaning:

Apply a shotgun brush to the end of a rod (be sure the rod is the length of your barrel).

Next, making sure your breech is open, clean the inside of the bore.

Then, using a patch holder at the end of the rod, clean the barrel with a patch (use a patch that is the right size for your barrel, so the patch doesn’t stick), cleaning the inside of the bore.

But to do an even more thorough cleaning, use a BoreSnake. While many BoreSnakes are designed specifically for rifles, the company makes a 12-gauge model for shotguns. With the magazine open, thread the weighted end of the BoreSnake through the barrel and bore, until it’s clean.

When you’re in the field or woods, it’s easy to nick or scrape your gun. To prevent the look of wear over time, be sure to go the extra step and fill these in with a touch-up pen. Also, a good gun blue will protect the metal components of your firearm from rust and restore its original luster.

Follow these tips to keep your shotgun clean, working and reliable. Finally, you’re ready to store your gun for the winter.

What’s your favorite tip or trick for keeping your gun clean?

Tagged under
All Seasons
How To Guide
Read 4,920 times

Are You Making These 3 Mistakes When Mounting Your Scope?

Properly Storing (and Cleaning) Your Gun for the Winter

The Profession of Gunsmithing