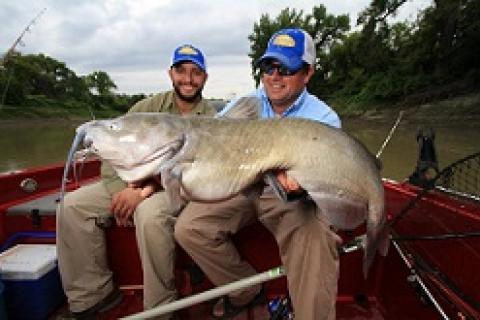 Beauty is in the eye of the beholder and such is the case of fish popularity.  Walleyes for example are held in snob regard across the upper Midwest.  Trout purists hold down the west and everyone south of Des Moines Iowa is obsessed with bass.  Easy as an angler to get caught up with that tide and chase after the most popular girl in the class.

Across the Midwest, there are however some incredible fishing opportunities that often fly under the radar.  Overlooked species that provide an extremely high quality fishing experience for what 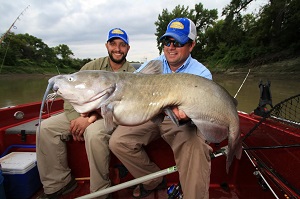 is often trophy caliber fish.  In some cases these overlooked fisheries are just victim of geography in that they would receive much more pressure and interest if they were located in a different region of the Country.

Regardless, as we travel across the upper Midwest with cameras in tow, we have experienced some of these angling under dogs and have to marvel at the fact that we often have some of these bites to ourselves.  Note this list doesn't necessarily mean that a fish isn't popular... at least somewhere but perhaps a better way to summarize, because of local attitude and location these fishing opportunities are grossly under appreciated.

National angling polls show that channel catfish in particular are one of the most popular fish species to target.  In the upper Midwest, particularly in both North Dakota and Minnesota there are fewer anglers who hold catfish in high regard.  What a shame because this border river between the two states is arguably one of the premier channel cat fisheries in the Nation especially for trophy size fish.  On most water where these kitty cats swim, you would be hard pressed to ever see a twenty-pound fish, not so on the Red.

Anglers often crack really big fish by fishing fresh cut bait next to the bottom.  Anchoring up river of logjams and wood snags or deeper holes.  Both sucker and gold eye are native forage fish in the river for big catfish and these two species of fish are often used for cut bait along with leopard frogs during the fall of the year.

This massive body of water in northeastern North Dakota is renown for walleye and jumbo perch but if anglers discover a school of these temperate bass, they are in for a game of bloody knuckles.  These schooling fish fight as hard as any fresh water fish pound for pound and will often hit top water and shallow running lures.  Some of these fish reach well past three pounds and are extremely strong.

Anglers often find white bass along shallow rip rap or the inside edges of weed beds.  Casting shallow shorelines in the back ends of bays is a great way to search for early season bass.  As summer progresses, vertically jig a jig and minnow near any current around the several bridges that divide up the separate lake basins.

Catch and release regulations over the past twenty years have quietly turned this Lake Superior Bay into a trophy class smallmouth bass fishery.  The shame is that so many local anglers in that region regard bass as a trash fish and would rather target walleye, perch or salmon.  You can find bigger top end fish off Door County on Lake Michigan and Lake Erie but as far as an average size, this estuary is tough to beat.  You can catch more nineteen inch fish in a couple of days of fishing on this body of water than what you would catch an entire season on most good inland smallmouth water.

While fish will shift over deeper shipping channel and some deep boulder piles, the cold water of Lake Superior keeps these fish up shallow for much of the season.   Target shallow rock, weed beds or logging timber remains.

Weird to see walleyes on a list of under utilized fish in Minnesota but this walleye run truly is an incredible success story for pollution control and conservation that is often overlooked.  Not too long ago and the St. Louis River near Duluth, Minnesota was one of the most polluted rivers in Gopher State.

With more stringent pollution regulations and improved water quality, this river has quietly developed a walleye population that is comparable to the Rainy River or the Mississippi River without all the fanfare or notoriety.  Ironically, many of the local anglers cut their teeth on big water fish like lake trout and salmon on Lake Superior and the strong population of both walleye and musky are one of this region's best kept secrets.

What surprises some anglers is the quality of the musky fishery that has quietly developed on Clear Lake.  When looking at the law of musky averages comparable to other noteworthy lakes, Clear Lake seems to have an astonishing catch rate.  There must be a lot of muskies in this lake and they seem to be getting bigger.  Fish from thirty six to forty inches seem abundant by musky standards and some fish are closing in on fifty inches.  Fortunately, more Iowan anglers seem to be appreciating these top of the line predators and specifically targeting them.  The anglers actually fishing for skies are finding some untapped fishing for big fish.