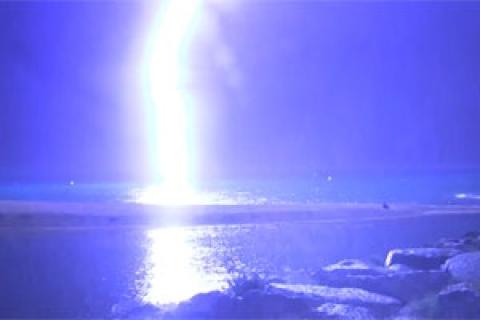 This is Why You Should Get Off the Water — and Shoreline — During a Lightning Storm! 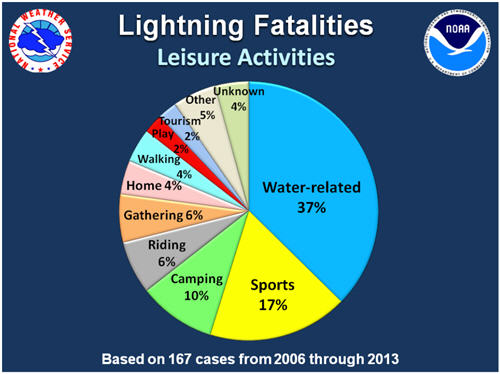 The best way to protect yourself and anyone with you from lightning is to avoid the threat. Summer is the peak season for lightning. In the summer, outdoor activity increases your potential exposure to lightning especially around water during a thunderstorm. Learn more about lightning safety guidelines, lightning incidence in the U.S., myths, facts and more at Lightning Safety Awareness at weather.gov.

National Geographic video: When Lightning Strikes, Wicked Tuna. The Wicked Tuna fleet braves the high seas in the middle of a storm in their endless quest to catch tuna. Listen as the crew is on edge when the wind shifts. 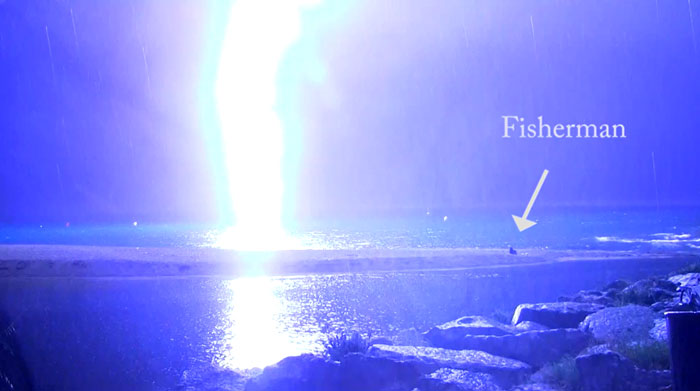 Did you spot the fisherman? Around 32 seconds in, you can see the angler is pointed out in the video via an arrow. Now that was close!

According to the video Lightning Strike too Close, uploaded to YouTube June 19, 2014, the angler was located about .03 miles from the lightning strike, which occurred in Barcelona, Spain, in the morning hours of June 15. The person who captured the video wasn't very far away, either — about .06 miles.

Thankfully the angler wasn't harmed and no injuries were reported.

What to do Around Water for Lightning Safety

Boaters should start to get off the water as soon as they hear thunder. If you have to move across sand to get to shelter, GrindTV suggests you crawl across the sand until you reach shelter or your vehicle. Stay away from trees along the shoreline, as they're likely the tallest objects around you. If you cannot get back to land safely, drop anchor and get as low as possible in the boat. If you have a cabin on the boat, go inside and stay away from metal and off of the radio.

More Facts to Consider When its Lightning Outside

According to the National Oceanic and Atmospheric Administration, 70 percent of lightning strikes occur in June, July and August — peak fishing and boating season.

For that reason, it's important to know the "lightning position" in case you're caught outside in a lightning storm.