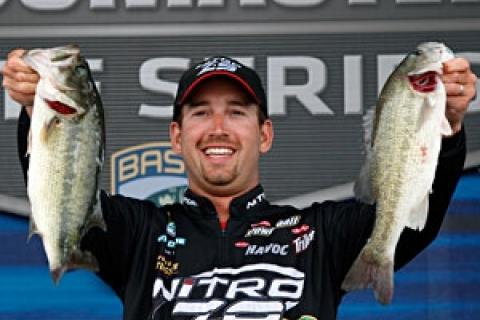 Finding fish won’t be a problem for 2012 Toyota Tundra Bassmaster Angler of the Year runner-up Ott DeFoe, but catching fish large enough to take home the Classic title may be.
“What I can tell at this point is that catching fish will not be an issue,” said DeFoe. “I did better on the first day of practice, but I caught fish on all of the days. The problem was I only caught one good fish. I’m not happy with that.

“I am surprised at how easily I can catch them. I am confident I can weigh a limit each day, but I don’t think the fish I have been catching will win it. I need to know how to catch the 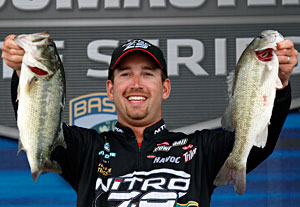 DeFoe feels the fish are in a wintry mood and not acting in a way he predicted.
“I guess the bass are still in a winter phase at Grand,” said DeFoe. “They are not doing what they’d be doing at home (DeFoe is from Knoxville, Tennessee). “I have an idea of what should be happening with them, but it is not spot on. Like I said, the majority of fish I’ve caught have been keepers and I have a couple areas to catch them. I just need to get a few bigger fish each day.”