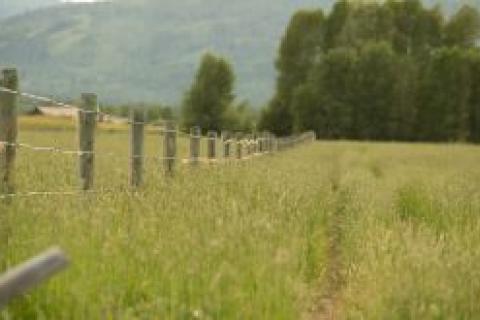 What was unique about this outing was that all of the cover we hunted first required slipping through a swinging door that led into a fenced area—one intended to keep white-tailed deer out. 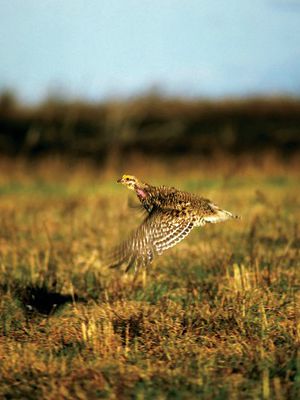 Like many wildlife resource agencies, the Pennsylvania Game Commission has been working to create habitat beneficial to ruffed grouse and woodcock, both of which require areas of young woodlands and shrubs for food and cover.   Much of Pennsylvania’s public lands now exist as mature timber.

Habitat improvement projects typically involve timber cuts and controlled burns to permit the desired regeneration.  Regrowth is suppressed, though, if over-browsed by deer—hence the fence.

In areas where habitat work has taken place, deer fencing has been erected to keep herds out until the tract’s understory has been established.  The fencing is then removed.

Not only is Hamley a grouse hunting partner, but also a land management supervisor for the Pennsylvania Game Commission.  During our ride home that evening he mentioned some key points regarding the relationship between hunters and habitat improvement efforts:

“I would say that most hunters now are at least semi-versed in a few management practices, and many are well educated on the basics of food and cover,” Hamley noted.

A visit to the wildlife resource agency of your state will help reveal wildlife habitat improvement work being done in your area.

Cheap & Effective: How to Tie Your Own Bucktail Jigs

Jeff Knapp, of Kittanning, Pa., has been covering the outdoors for over 20 years. He's been published in a wide variety of national, regional, state and local publications. He also operates the Keystone Connection Guide Service, which focuses on fishing for smallmouth bass on the Allegheny River, as well as other species in select western Pennsylvania waters.Â
END_OF_DOCUMENT_TOKEN_TO_BE_REPLACED