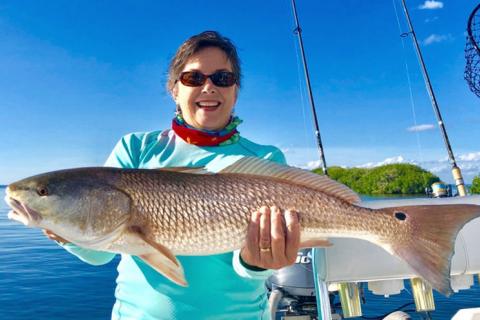 The Lee County area of southwest Florida includes Fort Myers, Cape Coral, Pine Island and Sanibel Island. The region is as close as one can get to a tropical paradise without leaving the United States. You can walk along the soft white sands of the wonderful beaches or swim in the crystal-clear warmth of the Gulf of Mexico. You can take in a show at a theater or watch water birds like ibis, herons and pelicans on their fishing excursions. More active types will dive on one of the areas many reefs to take in the reef's inhabitant's wonderful colors.

But perhaps the biggest draw is the diverse fishery that exists in the area. The rich grass beds that cover the flats along the region's shoreline are excellent for snook, red drum, spotted seatrout and several other species that offer shallow water, light-action opportunities requiring stealth and skill to succeed. In a more specialized fishery, huge tarpon appear along the beaches, passes and holes in late spring and are pursued by anglers who wish to be photographed with one of these “silver kings.” An excellent artificial reef program presents a grab bag of opportunity where groupers, snappers, grunts and colorful reef fish can be found. Even open water species like king mackerel, cobia and large jacks visit the reefs. 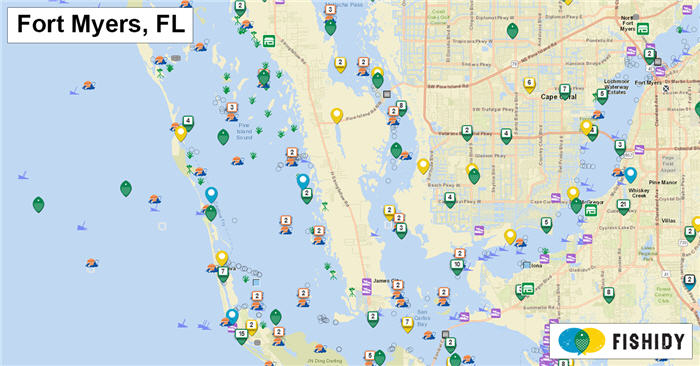 Fishing Tips: The Bait, the Location and the Technique to Catching Fish in Fort Myers

Redfish, as they're known throughout the Gulf of Mexico, are among the most sought-after fish in southwest Florida. Anglers preferring spinning gear will find various jigs very productive. Bucktail jigs like the Offshore Angler Holographic Bucktail Jig are standards, with red and white combinations being most effective. Redtail Hawk jigs are also among the favorites. Small gold and silver spoons like Johnson's Silver Spoon are definitely go-to lures. 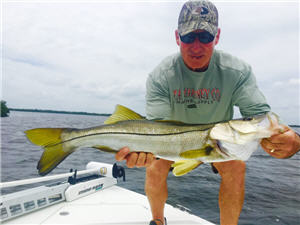 more fish than live bait. Casts into difficult spots amidst mangroves and in the cover of undercut banks are more productive than casts to their respective edges. Soft jerkbaits such as Charlie's Twitchin' Shad and Bass Assassins bait like the Bass Assassin Sea Shad Assassin are excellent. Twitching or jerking hard topwater lures like Zara Spooks, Heddon's Spit'n Image and various poppers also produce.

Spotted seatrout are most often caught in 1 to 4 feet of water over grassy flats. Grass adjacent to depth changes or drop-offs are preferred. A 6 to 7½ foot light action rod makes for long casts with 6 to 10-pound test monofilament. Live shrimp is the best bait, but small crabs and baitfish are also effective.

Larger sized tarpon are often found in large passes, inlets, channels and at river mouths. They are also found cruising off the beaches, and can be caught near grass beds inside the passes and around bridges and piers. Look for hard bottom where bait tends to hold. Tarpon augment their oxygen by breathing air and can often be spotted as they roll on the surface.

Cobia are the most popular technique, as solitary ones will lay on the surface or in small groups, waiting for bait to swim by. If a cobia is spotted, don't maneuver the boat too close. Position the boat in front of its path. Make a long cast in front of the fish and be prepared for a jolting strike. Use a medium to heavy spinning rod and reel fishing combination with a good drag system, and 15 to 30-pound test line. Once hooked, cobia make their initial run toward the closest structure. It is important to try and turn the fish immediately to keep it from reaching anything that can sever the line.

Find even more fishing tips, including an interactive map for Fort Myers, Florida, and fishing reports across the state of Florida on Fishidy

Fishidy is a location-based fishing app and online community of over 1 million users that features interactive mapping technology, data-rich fishing maps, and social networking to help anglers identify the most productive water and head straight to the action. It's Time to Fish Smarter, check out Fishidy.com