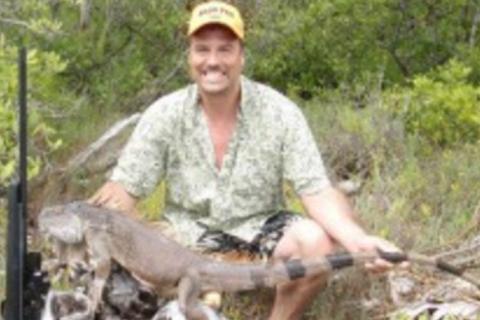 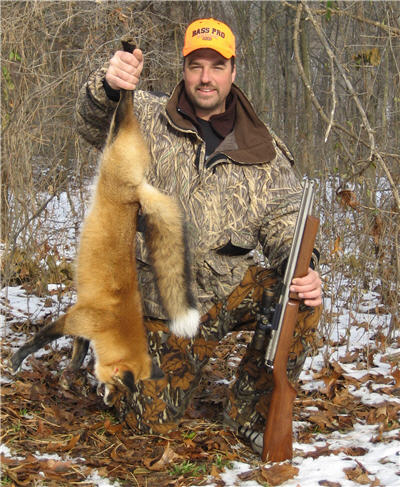 I was very fortunate to grow up with a pellet rifle in my hands. Some of my fondest memories were going up north to my grandparents and helping out with the overrun population of red squirrels. I learned at a young age that air rifles were not toys, but lethal and accurate hunting tools.

Back in high school, I wrote an essay about the evolution of the air rifle. I learned that air gun technology was used in the 17th century for big game hunting, such as deer and wild boar. They were also used in warfare. France, Austria, Japan, and other nations had special sniper detachments using air rifles.

Modern air rifles have advanced greatly over time and can be a fun and highly effective means to lengthen your season. The better quality spring-air and pump-action guns can have very long service lives and are simple to maintain. Because they deliver the same energy on each shot, their trajectory is consistent. Spring-piston air guns can achieve muzzle velocities reaching or surpassing the speed of sound.

Pellet rifles can be used where other firearms cannot. Many local ordinances forbid hunting with firearms but air-powered rifles are allowed.

Personally, I have my Gamo .17 cal sitting next to the back door. I use it to protect my home, property, and garden from ground hogs that like to tunnel under my outbuildings, devastate my garden, and, ultimately, create thousands of dollars in damage.

Another example . . . a good friend of mine raises chickens that were being killed and eaten, one at a time, by a red fox. My friend had a problem, he wanted the fox eliminated, but didn't want any loud gun shots fired around the rest of the livestock.

Learning the Right Skills to Master an Air Rifles

Todays air rifles are tightly tuned and accurate machines. Matched with a good scope, they make very lethal hunting tools. I took up the sport again while my son Tyler was growing up.

I taught Tyler how to control his breathing, squeeze the trigger, and when to take the shot or not. We both learned that tight groups could be achieved at rather long distances. Like any weapon you need to learn the ballistics and how wind effects your shot placement, components to all long-gun shooting.

I credit my time spent shooting targets and small game hunting with my air rifles in my progression to big-game hunting. My confidence level with center fire rifles improved greatly and will do the same for you.

Today's new high-tech pellet rifles can exceed speeds of 1,200 feet per second and have more than enough energy to hunt any small to medium sized game. The ammo is inexpensive and the lack of muzzle blast doesn't disturb the game and allows for follow-up shots if needed.

For those who rabbit hunt, the day after a snowfall is like snow on Christmas day. I canâ€™t think of anything more challenging than taking a pellet riffle, searching for fresh tracks, and sneaking up on a hiding cottontail.
For those of you who pursue squirrels, the small bore guns are a perfect match for the deciduous tree dwellers, adding unmatched challenge to the sport.

After the hunting season closes, pellet rifles can extend your hunting opportunities. There are many species of animals considered varmints or invasive that can be hunted year-round, providing another opportunity to sharpen your skills.

On a recent trip to South Florida with my wife, Lisa, I was able to experience something most sportsmen never knew existed, including myself!

One evening at the local watering hole, we met one of the areas spear fishermen, Paul. I was intrigued with his profession. Paul told me stories of free diving 70 to 90 feet to pursue the various kinds of grouper and snapper the market preferred. I had to decline Paul's offer to go with him on the next dayâ€™s expedition. I think it was the stories of the 10- foot bull sharks that made my decision easy, not to mention that I couldn't hold my breath for more than a minute let alone three.

After getting to know Paul, I inquired about the hunting opportunities in the area. I learned that discharging any firearm in the Keys is illegal and just about all species are protected there. He did mention that iguanas were fair game and could be hunted with a pellet rifle, which is not considered a firearm on private property. This caught my attention.

There are three types of iguanas in the Florida Keys and are all invasive. The green, Mexican spiny-tailed, and black spiny-tailed iguanas are all prevalent throughout the area. The combinations of released pets and animals blown over by hurricanes have over-populated the islands with these unwanted pests.

South Florida's sub-tropic climate allows these herbivores to flourish and have grown in numbers to the tens of thousands. Adult iguanas are powerful animals that can bite, inflict serious gashes with their sharp claws, and have a tail that can open a wound like a razor. Worst of all, they carry the salmonella bacteria which is spread through their droppings, contributing to the deaths of infants as well as adults.

Along with the threats mentioned above, the iguanas are destructive to property. They undermine foundations and sidewalks and burrow along seawalls causing them to collapse. These feral pests cost islanders hundreds of thousands of dollars in damage annually.

The invasive species are now competing with the protected and endangered Key deer, depleting the food reserves the tiny whitetails depend on and devastating the local fauna which make up the fragile ecosystem for which the islands are known.

After finding out the facts, I wanted to do my part to save the Key deer. Paul lent me his Gamo pellet rifle, introduced me to the owner of a local plant nursery, who was more than willing to let me help with lizard eradication, and the hunt was on.

I spent the last two days of my vacation wading through the mangrove swamps looking for a lizard of â€œtrophy size.â€ The wildlife I saw would have never been seen from the road side. Turtles, crabs, fish, birds and BIG BUGS were everywhere. A real island experience!

The green iguana is the largest of the reptiles. They can grow up to six feet in length, reaching weights of 40 pounds or more. Through trial and error, I found this dinosaur-like lizard has an acute sense of smell. Early in the hunt, I could hear them jumping out of the trees into the water 80-100 yards ahead of me. I realized that using the wind is a determining factor while hunting the mature animals.

Their eyes can rotate 180 degrees, with vision unmatched by humans. Chances are they will see you well before you see them. The best tactic was to locate where they feed or sun themselves and wait them out.

The reptiles proved to be honorable adversaries. They blend in with their environment better than any whitetail, disappear quicker than I could find the safety, and their hide can deflect a .177 pellet moving at 1200 fps with a glancing blow. Not as easy as one might think!

The opportunities are out there. With a little home work and effort, you can expand your hunting season year-round and improve your shooting skills. Theres no doubt that time spent shooting and hunting with a pellet riffle will help you seal the deal on your next trophy of a lifetime!