Hogs In The Swamp 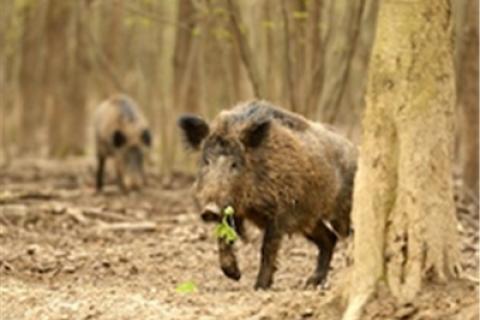 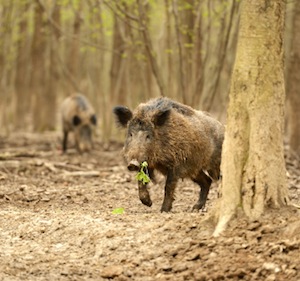 The title of this post sounds like a bad “B movie” from the 1960s; however, if you want an adrenaline rush as well as a good way to fill your freezer, please read on, my friends.

As a member of Bass Pro Shops Redhead hunting team, I like to hunt for just about everything. From doves to ducks, and from alligators to hogs -- and everything in between -- I love it. The pure protein from the meat with no preservatives, the way God intended! Add that to the social aspect of friends and new acquaintances, as well as the adrenaline overload, and you have some of the reasons I love to hunt.

On a recent adventure for my Web show, Hook & Hunt TV, I was being filmed for my first hog hunt down in southeast Georgia. I was there to see if I could take a hog with a shotgun!

You see, I love to shoot a “scatter gun.” Thanks to friend William Lambert, owner of SumToy Custom Barrels and Chokes, who made a choke tube for my gun that, when loaded with 3.5-inch 00 buckshot, should put a hog down for the count.

Well, we tested out or “patterned” that choke the day before the hunt. There are 18 pellets in a 3.5 shell when loaded with 00 buckshot. When I shot my Winchester SX 3 from 30 yards with the choke tube that William made for me, I shot a pattern that put 14 of the 18 pellets within a 10-inch circle, or the desired kill range. My gun and I were ready for the hunt.

Early the next morning, I was met by my guides and three of their “hog dogs” for the day. We headed into the swamp close to the house of a farmer who had been experiencing problems with the hogs that had gotten into one of his fields and were tearing it up. Hogs are a nuisance as well as a danger to both people and livestock. A big hog can easily kill a dog with one swipe from its tusk and severely injure if not kill a man, so make no mistake about it, know what you’re getting into and be prepared for it.

I was both aware and prepared for the hunt ahead. With that, one of the dogs was released into the swamp. After about 20 minutes, the dog started to bark, and then he started to bark louder and we could hear growling. Another dog was released, and soon, we heard both of them growling and barking. It was time to move in.

I could not see the hog, as the underbrush was so thick. My guide went first and told me to stay right behind him. I made sure my gun was on safety and pointed in a safe direction, and then I followed him into the underbrush.

Several minutes went by, and we came to a small hill where we looked down from behind a big oak tree, and there was my hog between the two dogs and standing his ground. I was less than 30 yards away, standing to the left of my guide. The hog looked right up at us, and my guide said, “Take him! Take him now!”

As we thought he was going to charge, I raised my gun and shot. Sixteen of the 18 pellets hit the kill zone and dropped the hog immediately at 22 yards! One shot and one kill, just how I like it.

It was a very hot day in Georgia this past April, and the mosquitos were out. I was wearing the Redhead 3D leafy suit, which is a light, breathable layer with elastic cuffs and waistband. I never got bit, and the material protected me from small burrs and branches. A great and inexpensive investment -- it’s usually what I use for turkey hunting, but it doubled as protection from the bugs and worked great! My hog weighed 150 pounds.

If you’re interested in hog hunting and want to know more about it, email me at jim@hookandhunttv.com, and I would be happy to discuss it with you. Hog hunting is exciting, and it won’t be long till I’m headed back to Georgia to hook up with more HOGS IN THE SWAMP.

Wing and a Prayer

Doug Hannon - A Legend in the Sport of Fishing

Years Hunting: 10 years
Favorite Technique: Whatever situation calls for to be successful
Hunting…